The game plays over several turns. On your turn, choose one card from the deck to your left, the deck to your right, or the middle deck (above you). The cards represent resources, science symbols, victory points, or military shields. The game ends as soon as one player's Wonder is entirely constructed. The person with the most victory points at the end of the game is the winner.

Science cards are green. There are 3 different science symbols available. If you collect 2 identical symbols or 1 of each symbol, you can take a Progress Token. 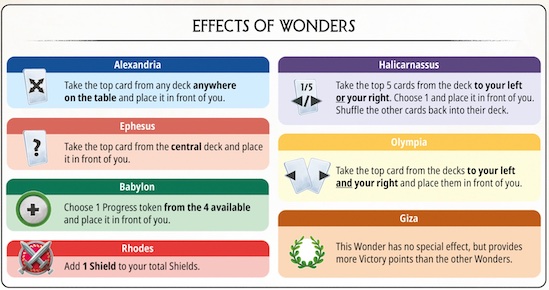 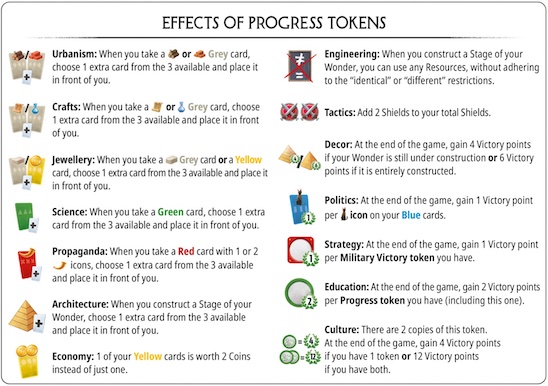 The game ends as soon as one player's Wonder is constructed. The winner is the player with the most victory points.

Victory points are gained through each constructed level of your Wonder, the cat pawn (2 points), blue cards, military victory tokens, and progress tokens. If there is a tie, the winner is the player who has the most levels of their Wonder constructed.