ITS EASY TO PLAY!!

The various characters in the Kmakici family are on the cards in different combinations.
Players draw and play cards to the table from a hand of three, trying to build sets of five :different characters. If a player places a card which completes a set of five, they draw a token :from the end of a line. 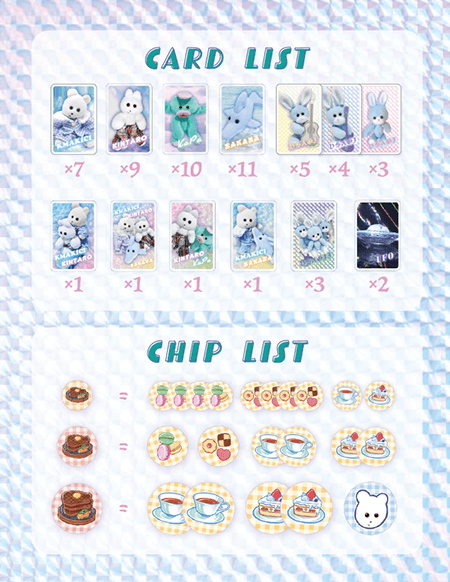 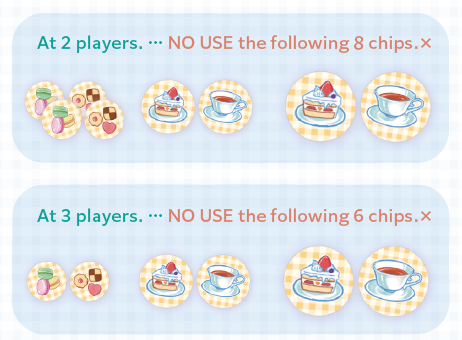 Place the chips in a random order. (This is called the "sweets path.") You can arrange the chips
in any way you like, but The last one must be "3 steak" chip.

The first player is the player who most recently enjoyed teatime.(This feature is not implemented yet🙄.)

What to do on your turn

First, take a Friend card from the deck and add it to your hand.

(3)The end of your turn. After the friend card is played, 5 different characters(Kmakici, Kintaro, Ka-pa, Sakana and Usagi) are all on the table, It is "Complete!" If the game does not end in "Complete!" or "Pass", the turn is passed to the next player (to the left). 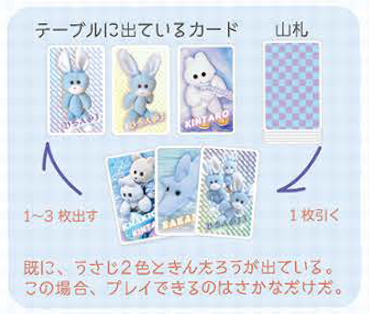 About Complete! or Pass!

The starting player who takes his or her first turn after a Complete or Pass cannot pass.
He or she must play at least one friend card.
If all cards in your hand are UFOs,
including the Friend card you drew from your deck, you pass.
(and take chip,draw card,next first player) 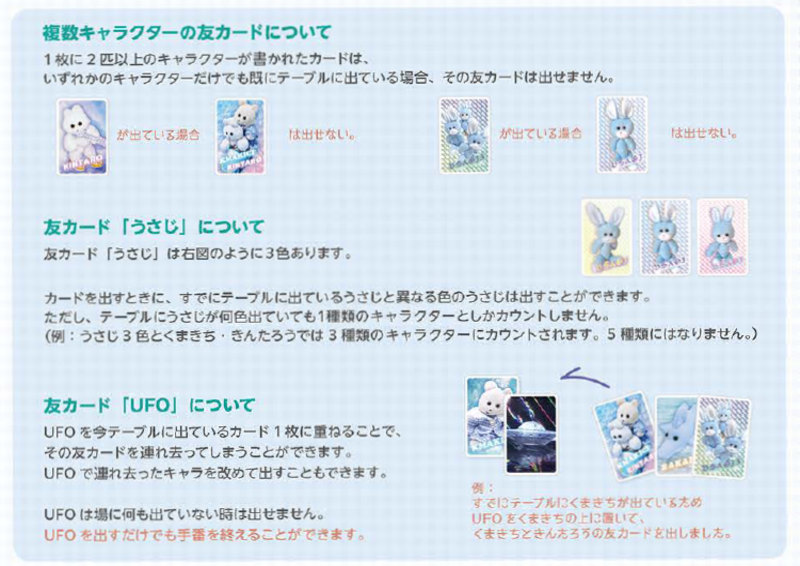 or when all the chips in the sweets path have been taken.

the player with the least number of steaks in his or her hand wins! 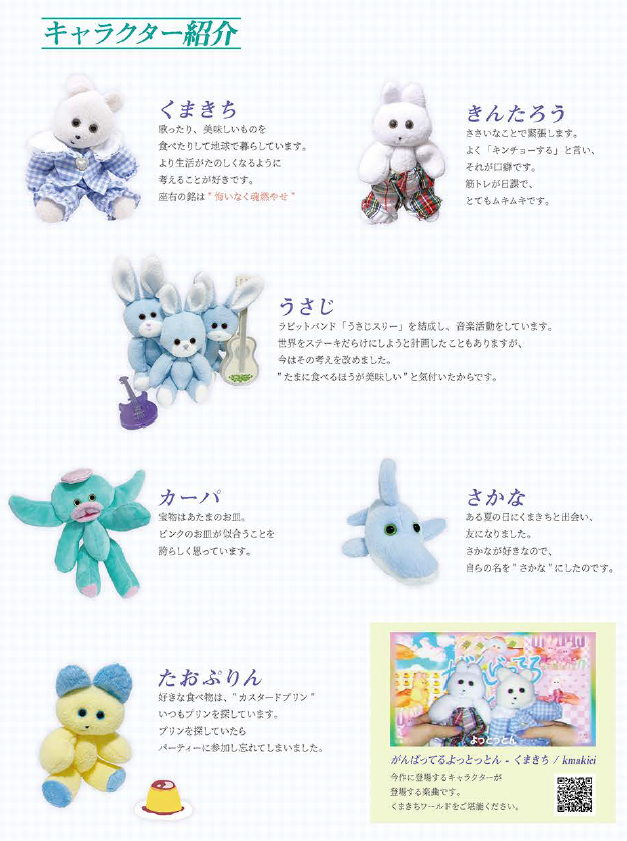