The goal is to be the player who has the most squares of his colors.

The game contains multicolored squares (red, blue. yellow and green) which appear as 4 colored triangles on the square. Each player on his turn puts a multicolored square next to a square already on the board. The played square (which can be shifted to fit as requested, keeping the order of the colors the same) must be put in a way that creates at least on colored square (not necessarily your color). If it is not possible for the player to put down a square, the turn is passed to the next player.

It is also possible to have "non playable" squares which are created when 2 of the same color are connected to the same open square. This is also a strategy to prevent from your opponent from getting more squares of his color. (e.g. if there is a red triangle facing an empty square and i connect to that same empty square another red triangle from another side, the empty square cannot be played and all colors around the "non playable" square will not become squares and won't gain points).

When all playable squares have been played, the player with the most squares of his color wins the game.

The colorblind option available for this game enables an alternative setup displaying symbols on the tokens using the great color code designed by Miguel Neiva: ColorADD.

Learning the code is easy, just take a look at the following synthesis panel: 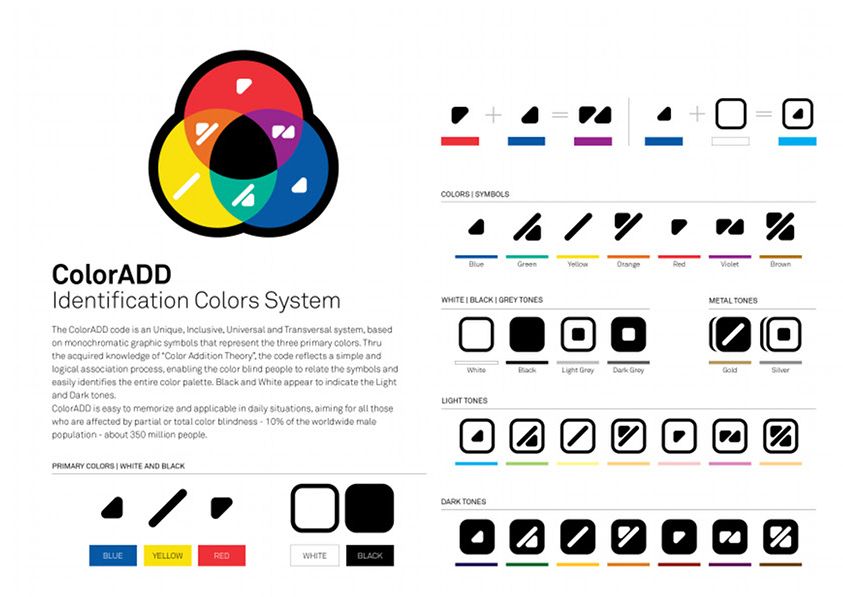 HAVE A GOOD GAME!